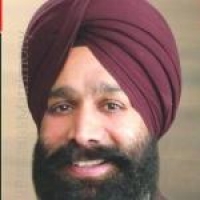 What is going to happen to the Real estate market ? Will it continue to  boom or crash ?  This is the most asked question to an experienced realtor like myself.   There is no simple answer . I will try to look at fundamentals and rising risks in the market in this article.   There has been number of  reasons for boom in real estate in  GTA and most of Canada for the past 25 years, such as low interest rates, net immigration into Canada,  low unemployment rate and government polices. Consequently there are some compelling reasons the housing market may crash in the future such as high appreciation, lack of affordability and absence of down market.   Let’s look at the Fundamentals Supporting the boom.     Immigration  In 2016 Canada had target of welcoming  270,000 of $ 300,000 new  immigrants into this country.  The immigrants need housing for rent initially and eventually they will be homeowners.  In 2017 Canada has target of welcoming 300,000  immigrants , this  will continue increasing demand for additional housing. The immigrants coming today are better educated, and are coming with increasing wealth from other parts of the world.   Low Interest Rates:   The ultra low mortgage rates  have continued their trend to even lower rates. In 2017 we saw 5 year fixed mortgage rates as low as 2.30%, 26 years ago in 1991 they were over 12%. The rates have been steadily decreasing over the years.   $ 200,000 mortgage in 1991 would have been $ 2106 on a monthly basis, where as  26 years later  the same $ 200,000 mortgage is costing you only $ 897 on monthly basis.  You can afford to take a $ 469,000 mortgage for the same $ 2106 monthly payment.  The ultra low rate mortgages have been the biggest driver of boom in real estate market.  If the federal  government was really serious about slowing or stalling the real estate market, they could be have increased the rates long time ago.